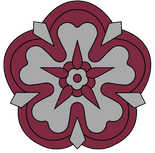 Welcome to the ICC December newsletter. At the end of a strange year, I hope that this finds you well and looking forward to a more optimistic 2021.

After a number of years of service Jim Lyon has decided to step down as club Chairman. Due to restrictions on gatherings, we have not yet called the AGM which would normally see the election of club officers. In the meantime, the committee have agreed that I (Tim Robinson) will act as Chairman elect. For those that do not know me, I have been an active playing club member since the 1980’s, previously Treasurer and involved with the youth teams, part of an active club family with father, Alan a “Stalwart”, brother Tony the current Treasurer, wife Zoe the current welfare officer and 2 playing children.

I am also a current board member at Northants CCC, following John Scopes in maintaining something of an Isham tradition to have representation at all levels in the game.

Will we won’t we….and in the end we did! 2020 saw a truncated season and our first in a playing partnership with the Wellingborough Indians CC (WICC). We fielded a combined 3 adult teams in a restructured league format where we played for honours but no promotion / relegation. In many ways it was a good way for our playing groups to get to know each other and for us to work out how we should combine our playing resources. Most importantly we managed a good amount of cricket (about half a season) and without any Covid incidents.

The first team finished as very creditable runners-up in Div. 2 with Dom Barritt’s 50 in the semi a season highlight, before being somewhat over-powered by a strong Weldon in the final. The second’s on occasions fielded up to 8 under 18’s and competed against decent opposition in Div. 3. The third team held their own in Div. 7. We also managed to field youth teams in U11, U13 and U15 games all organised somewhat at the last minute but with credit to the local organisers who showed great agility to get cricket on at the first opportunity. In fact, cricket has proved to be at the forefront of Covid sporting endeavours – as Matthew Engel reported: “County cricket, socially distancing since the 1900’s”.

As we sit today in Tier 3 and facing a probable new national lockdown it seems strange to think that we also managed some healthy off the pitch socialising in the summer in the window of July to September. With the clubhouse fully adapted to be Covid secure with one-ways, spacing of tables, much use of the new outdoor patio, contactless payment and unfortunately for some (Stuart), no congregating at the bar, we enjoyed a number of post-match drinks, again proving to be a great opportunity for the Isham and WICC groups to get to know each other. What we found was that we all enjoy cricket, good company, and a drink – this seems to be a recipe for success!

Naturally, as with many organisations, the club’s finances have taken a hit from a summer of Covid, with much reduced income. The club has also managed to restrain expenditure and then largely due to the success of securing public grants, sustained itself and maintained the current levels of reserves through the year. No small victory. As ever our financial security owes a lot to the many volunteers who donate their time to the club. The club will be looking at the first opportunity in 2021 to restore all sources of income and tap into the great support we have received for many years from local businesses and the cricket supporting community.

Between now and the hoped for start of the next season in April the club is in a preparation phase. We have confirmed to the league that we will be fielding 4 adult teams in partnership with WICC in Divisions 2,3,7 & 14. Work has been done to collate all club contacts to allow for the publication of this newsletter. The next job will be the resurrection of the club website which was a victim to Covid. Youth nets are booked for mid-February to late March – but with some natural hesitation as to whether they will be allowed.

There are many risks to the future of amateur cricket and in the same way that the Covid pandemic has accelerated other trends in society there is the risk that the reduced activity and playing numbers in 2020 becomes a “new norm”. It will require a lot of effort across the game to bounce back and avert this. Statistically the numbers of playing adults across the country is not declining rapidly, however the frequency with which they play is – which in the end has the same impact when a season is made up of 20 games. The same number of players available half the time has the same impact on local teams as having half the playing numbers.

Despite operating the broadest youth set up in our history for the past 10 years+, which has also not lacked for quality and seen silverware success, we found in 2019 that our adult player pool was becoming insufficient to maintain both the number of teams and the level of our first team. It can be seen that the future model for amateur cricket is fewer clubs with multiple pitches and multiple teams. Locally we can see how clubs such as Burton Latimer and Overstone have moved successfully to this model, whereas the small clubs continue to fold.

As a club we have a proud history and a significant strength in our resource base, with a ground and pavilion still fit for the highest level of amateur cricket and a strong volunteer group. However, we do not have a natural player population to sustain ourselves and we must work hard at player development and recruitment. To this end we have developed our partnership with WICC. As a club WICC have a healthy player pool but some vulnerabilities in terms of facilities and long-term security. The continued exploration of a possible merger therefore remains a priority for the club – we are a great fit with complementary strengths. This is a process which will not be rushed and eventually will only be entered into in a more permanent model if this is still the best outcome for both sides. 2021 will be our second season of playing collaboration whilst the 2 committees also map out a longer-term future. A key element of this planning is the consideration of a second pitch at Orlingbury Road – an idea which is currently in its infancy.

Plans for the 2021 season are progressing. At the time of publication, we have identified captains for all 4 sides for 2021 and Vice captains so far for 3. We have an overseas player lined up, naturally subject to Covid implications. In addition to the booking of winter nets we are working on plans for a cricket camp within the school Easter holidays for our younger youth members, hopefully in partnership with the County club.

We will monitor the pandemic closely with a view to holding a physical AGM in March. If nearer the time it becomes apparent that this will not be possible then we will take a further step into the new and unknown and seek to hold a virtual Zoom AGM. We have the technology as we have used this recently for committee meetings, but this method would not be our current preference for an AGM.

We will plan with optimism for a more normal and full season starting in April and look forward to welcoming all back to Orlingbury Road whether to play, train, watch or socialise.

Stuart Hardy (01933 675921),Tim Robinson (07753 862770) will be happy to help with bookings or provide information about our excellent facilities which are available for meetings, parties, weddings, wakes etc.  To keep up-to-date with all that is happening at the Club, you can follow us on Facebook or Twitter.